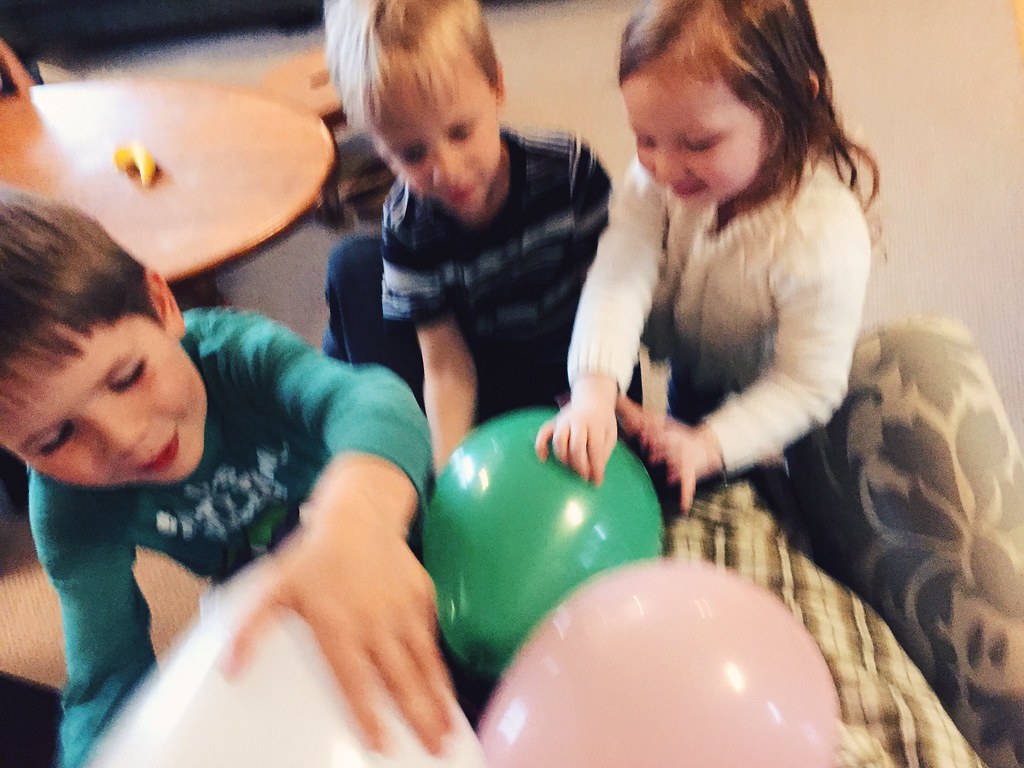 Beneath the small children and balloons is me. You can see a little bit of my shirt between the pink balloon and the chair I was sitting in and we were in the middle of a game I made up on the spot. I don’t really have a name for it, but basically the kids gave me “pickles” (aka balloons) to eat and after “eating” them (acting it out) they told me, “No, they’re not pickles, they’re balloons!” to which I would immediately begin to spit out the pretend yucky tasting balloon and make a weird face. This was all part of the birthday party we went to today for our friends the Yorman’s son Caleb. He turned eight yesterday and we had a fun time celebrating with him and all his little buddies today at their house. The party was mostly a fun hangout time for the kids, but with a Star Wars theme and a whole lot of Legos. They even had a home made Star Wars Ewok pinãta which Titus took a couple whacks at. Here’s a little video:

Bethany had kind of a rough night last night of sleep. She had a bad headache that kept her up really late (I think past 2am) and the baby was moving a lot which made her uncomfortable. She’s definitely in the home stretch here, but it’s the literal stretching the baby does inside the womb that can also cause significant discomfort to Bethany. Pray for her tonight as we’re hoping she’ll get better sleep and be more recharged. The hardest thing would be to have little to no sleep and then for her to go into labor. If that’s what the Lord has, so be it, but sure would be nice to have rest before things start getting more intense. Even tonight she was having some pains after dinner which weren’t really contractions, but painful enough!

We talked with Bethany’s parents tonight on the phone and they are sitting at the airport in Seattle, ready to take off for their final destination of Prague. We are so excited to have them here and can’t wait to pick them up at the train station tomorrow!

One reply on “Pickle Balloons and Pregnancy Update”