Why is Avery walking around with an American flag in her mouth? Honestly, I have no idea, but I took the photo below today and was just laughing at her. She was running around with a little flag she has and kept wanting us to do the pledge of allegiance. I’m realizing now that there was a moment today where Bethany and I had our hands on our hearts and we were reciting the pledge of allegiance while both of our kids were holding little American flags. That’s funny to me, but it’s probably because I’m so tired. 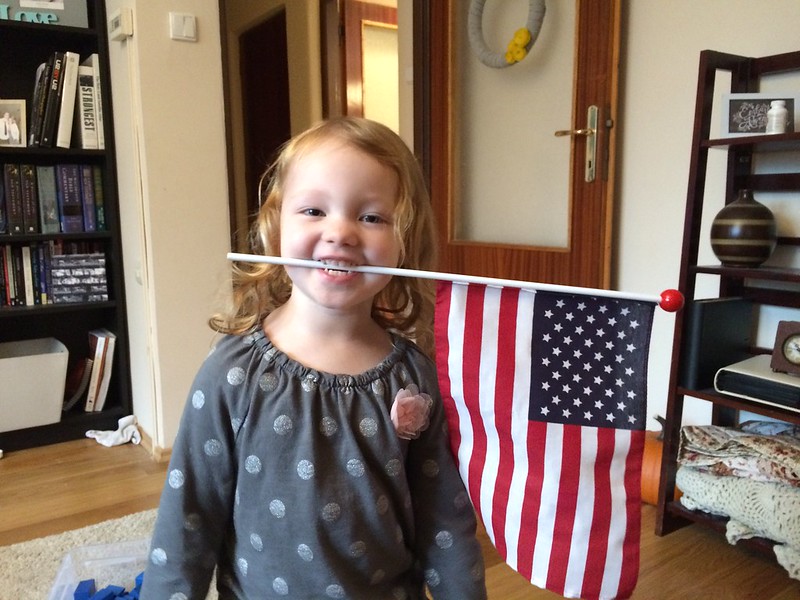 I’m feeling the effects of a 3am night last night. No, nothing bad happened. No, I’m not sick or suffering from insomnia. I’ve just become that guy. You know the one. The guy who has to watch his baseball team no matter the cost. The Dodgers were playing their first postseason game and I just got hooked and couldn’t stop. Looking back, it was a terrible decision. The game started at 12:30am (our time) and I was able to watch it through our AppleTV. By 3:00am the Dodgers were leading the game 6-2 and I felt confident I could go to bed around the end of the sixth inning with that lead. But like clockwork the kids were in our room early this morning and I tried to stay in bed. Bethany let me sleep in a bit, and when I did get up to check the score all was not well with the Dodgers. The game was close, but they lost the lead shortly after I went to bed. I told Bethany I won’t do it again. No sports team is worth that kind of lack of sleep…well, unless we go all the way to the World Series. If that happens I’m pulling an all-nighter. 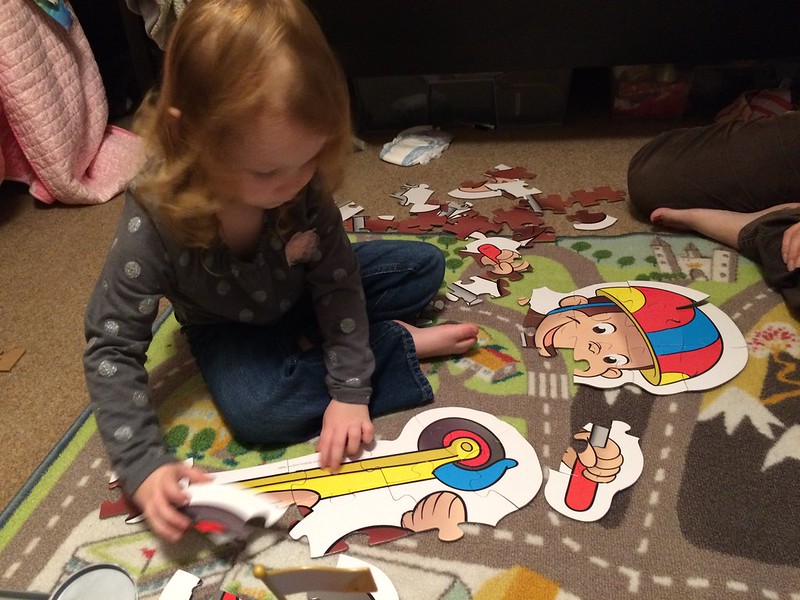 For the most part we stayed inside today. We had some cleaning to do and I just felt like we were catching up on life. It was colder out today (high around 55), but Titus and I did play a little tennis in the yard while Avery napped. When she woke up we did some puzzles inside and played with their toys. Avery has gotten really good at puzzles. I love it when she says, “Hhmm…where this one go?” Above is her putting together the big Curious George puzzle we have. 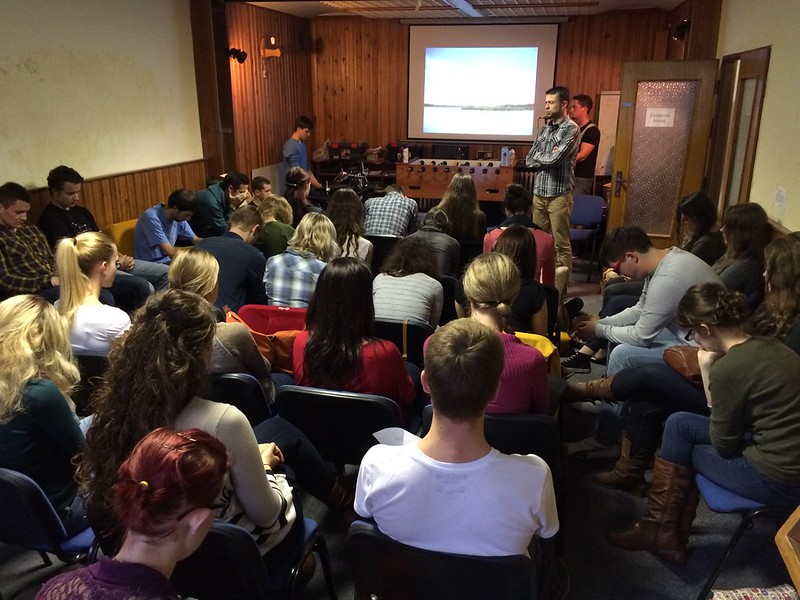 Tonight I went to youth group at church and Titus came with me. Bethany, Titus, and Avery have all had yet another round of sickness. It’s kind of unbelievable to be honest. Even though Titus had a runny nose and was coughing, he really wanted to come with me so I let him. Youth group was great and the youth pastor introduced me to everyone (it was only my second time being there). The pastor and his wife shared about relationships tonight and were just trying to have some open discussion about dating and marriage. Our friend Misa translated for me so I felt like I got the gist of the content. Titus and I had to leave around 7:20pm (it starts at 5pm) so we could get back for a few Skype sessions with friends and family. I was a little bummed we had to leave because they were about to start so open questions from the students and I would’ve loved to get to know them better.

When we got home we Skyped with some good friends of ours in California. It never gets old seeing familiar faces, especially those of close friends. It was a sweet time together even if it’s over video. Right after hanging up with them we spent some time Skyping with Bethany’s parents. Our kids were just full of energy during both video chats so that wasn’t always fun, but we still had a great time with them too.

It’s getting late and church is tomorrow. You know what they say, “Sunday morning starts on Saturday night” so it’s off to bed for me. Goodnight.

One reply on “A Sleepy Saturday”