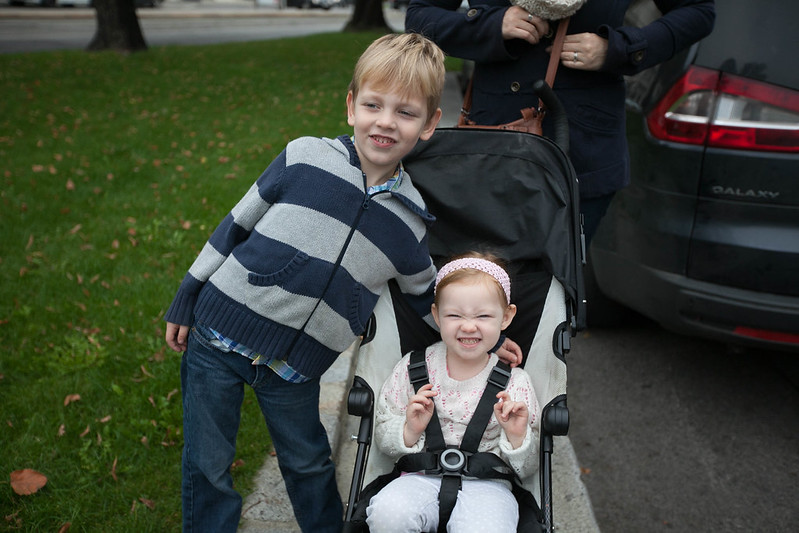 Today was our last day in Vienna. We only spent about three hours touring the city and had to start heading home in the afternoon, shortly after lunch. Mostly we spent our time touring around the downtown area where the all the museums are. It’s fun just to park the car and walk around and just see what we can see. As we meandered around we found ourselves in a few new places, with lots of new things to see. It’s a bummer to be your own guide because you don’t always know what you’re seeing and have to hunt to figure it out. Bethany actually knew a few of the sites because she had seen them on Rick Steves’ Europe. 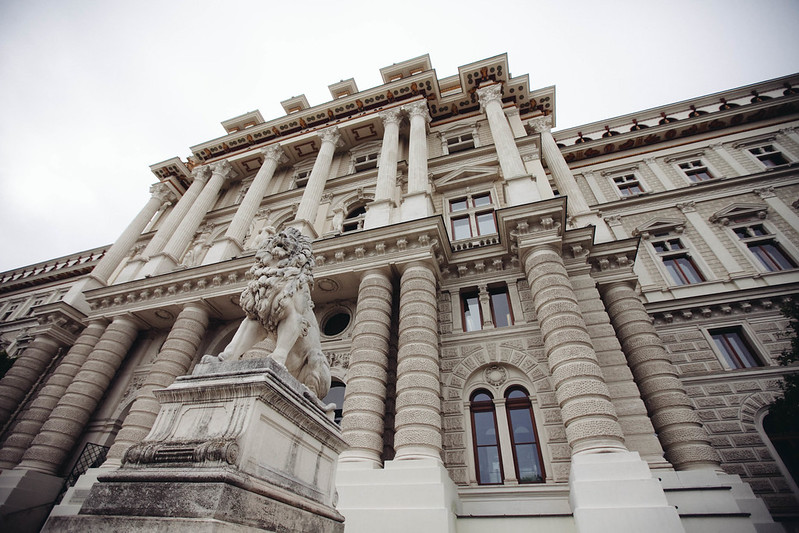 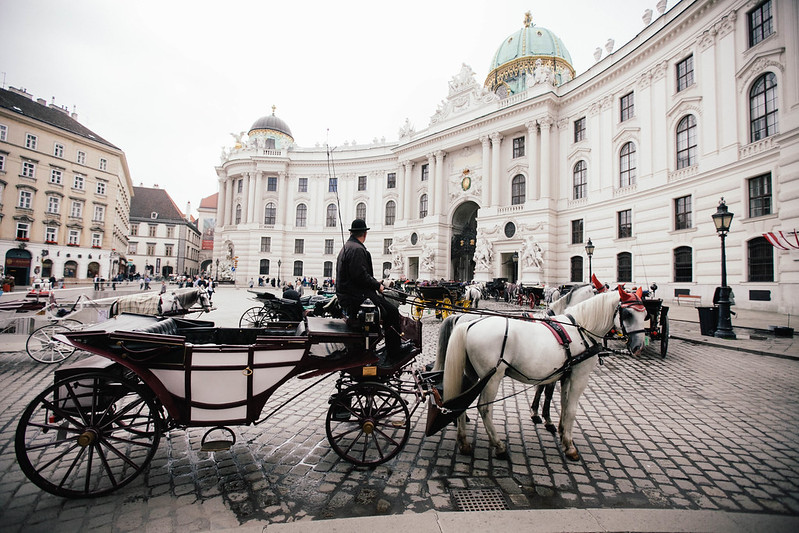 I think the highlight today was St. Stephen’s Cathedral. This amazing place was built from 1137 to 1160 and is definitely a wonder to behold. I realize I’m not Catholic, but you can’t help but want to worship God when you go inside. Those cathedrals were constructed so you would want to lift your eyes and that’s exactly what this one did to us today. You’re overwhelmed with awe as you look around. As I looked through my photos I realized that’s all I did was look up and snap photos. I couldn’t help it! Look at this place: 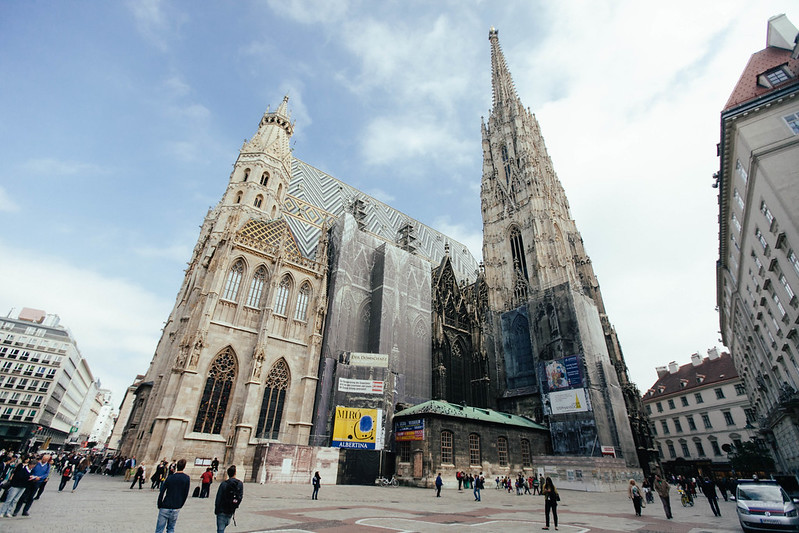 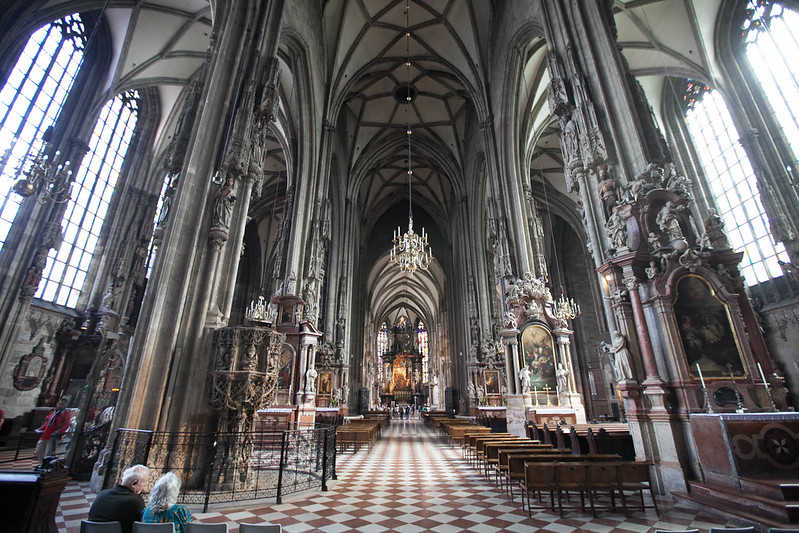 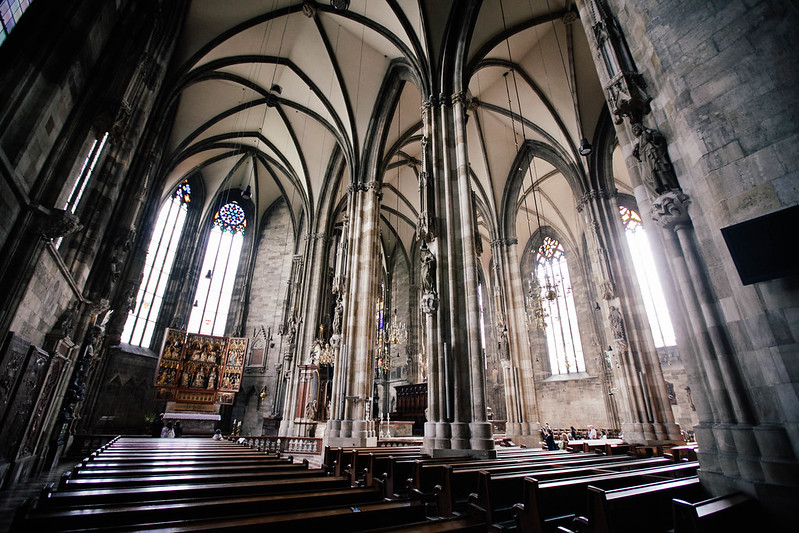 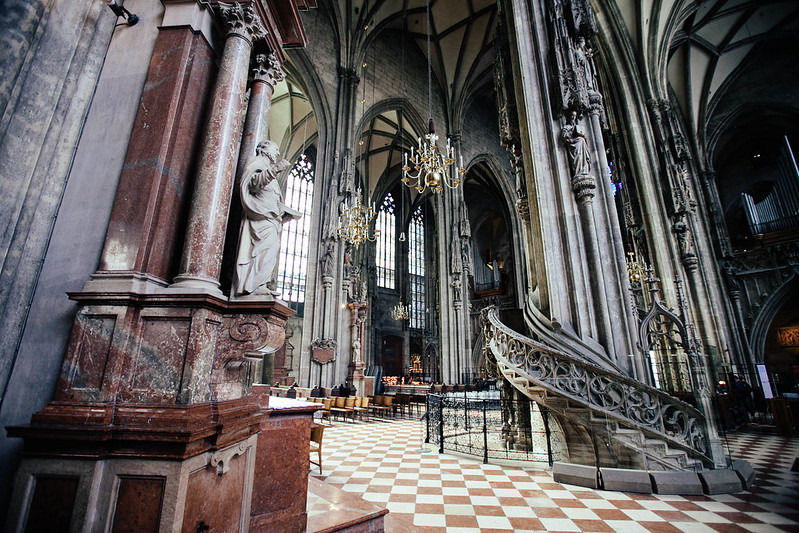 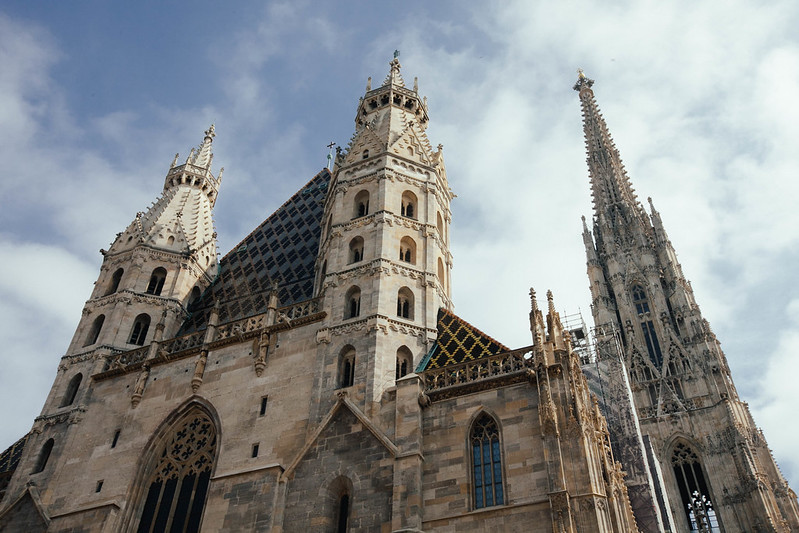 The more you stand and look at the cathedral, the more amazing it is. “How did they build it?,” “Look at all the detail,” and “This is unbelievable.” These are all the thoughts that were running through my mind as I’m standing in a building that’s over 800 years old. You can’t help but think about God and what He has done over the course of history and you start to think about what He’s doing today and how He’s working. I even found myself looking around at all the people near me, wondering about their spiritual states and the spiritual climate of which they find themselves in Austria or elsewhere.

It wasn’t just the building that was refocusing my mind, but also the email I had received early this morning from a friend and former coworker in the States. She was forwarding me news that another coworker of ours had died over the weekend. That man who died had the office just down the hall from mine, was very kind, and was very good at his job. I was told he had gone in to the E.R. just 5 weeks ago with a headache only to find out he had a brain tumor and even though he was in recovery he died this past Sunday.

Even though I was in a house of worship today I was thinking about death. I was reminded early this morning of Ecclesiastes 7:2 which reads, “It is better to go to the house of mourning than to go to the house of feasting, for this is the end of all mankind, and the living will lay it to heart.” Or, as one of my friend’s has written in his commentary, “A funeral is better than a festival.” Why? Because the people at the funeral will think about their own lives and what happens when they die. I know that’s what I was thinking about today. I was, as Ecclesiastes says, “laying it to heart.”

It’s a reminder to my own soul that I need to continue to live my life for the cause of Christ no matter where I live. God has given me today and I have no guarantee for tomorrow. I loved being in Vienna the past few days and enjoying the life God has given me, but as much fun as we’ve had and as amazing as that city is, those things are not as important to be pondering as death is. It’s a sober reminder that I only get so many days to do the work Christ has called me to. May I do them with His strength and in His timing no matter how many days I have left to do them.

Here’s a blog title for you: “Vienna Day Two and Why Funerals are Better Than Festivals” – http://t.co/cJB1IJLdr3