You would think going to the post office would be uneventful. At least that’s what I thought. I was dead wrong. 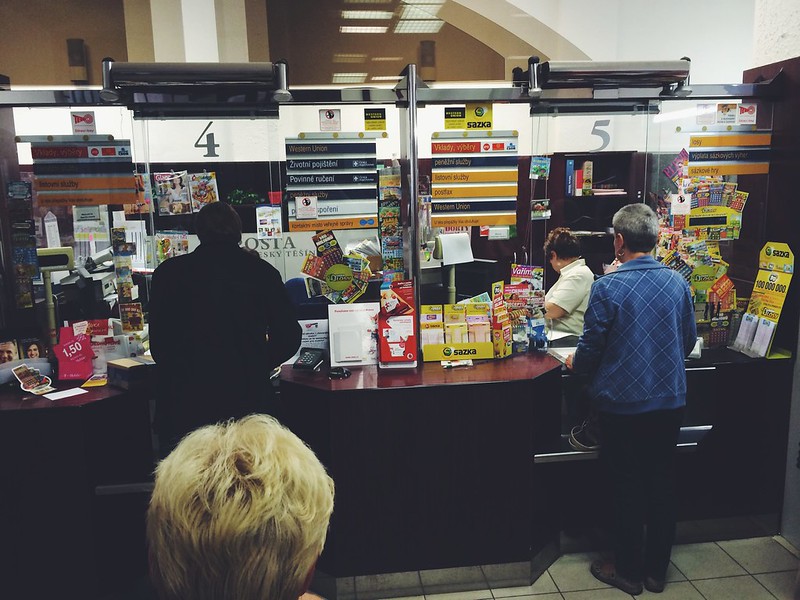 I should’ve walked, but I only had a few minutes before Czech lessons were about to begin so I decided to drive the short distance in town to the post office today. As I pulled into the only parking spot I could find I was greeted by the site of a person standing up with no pants on (they were wearing underwear but were not facing me). By the time I got the car turned off they were fully clothed and laid back down on the sidewalk. Clearly it was a homeless person who I think had just used the street as a bathroom.

Walking from the car to the entrance is usually not a problem but as I strolled on the sidewalk a medium sized post office delivery truck pulled on to the sidewalk right in front of me (missing me by a foot or so) and parked. To be honest I didn’t even really pause. I’ve gotten used to cars being closer and making quick moves around me as I walk–it’s just more normal here. Finally I made inside and there was only one person in line ahead of me (photo above). Score! Last time I was here it was busy. 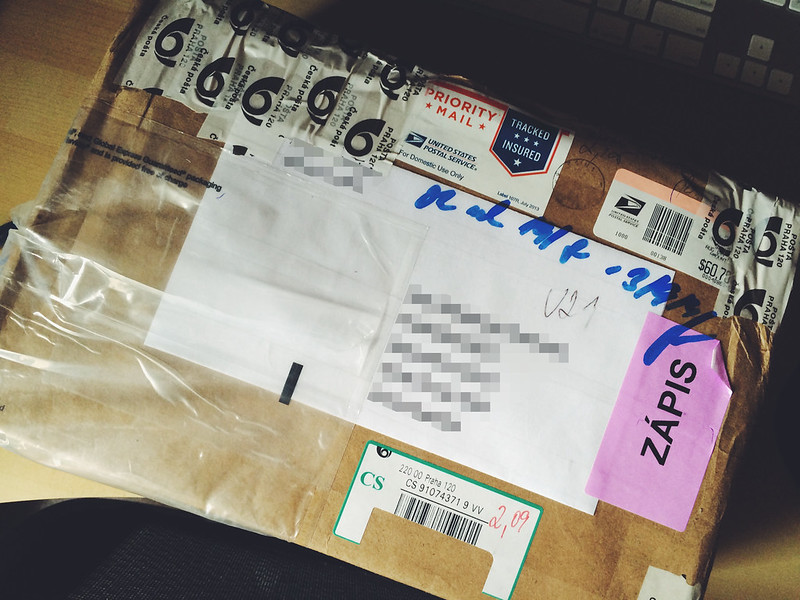 After greeting the postal clerk in Czech I basically told her, “I don’t speak Czech” and handed her my slip. She just kind of laughed and quickly pulled up the information she needed and then walked away. The line behind me grew much longer as we we waited for about five minutes while the lady retrieved the package from the back. When she finally came back I saw her walk into another office, talk to someone, and then came back to me with a box and about ten pages of paperwork. She took the stack of papers, flipped a few pages, and then would point for me to sign. This happened three times and it felt more like signing mortgage documents than a package. “Identification?” she asked. I handed her my passport, she checked it and then pointed to another clerk window and said “2.” I walked over, she met me there as well, opened the glass window with a key and finally gave me the box. What was inside the box that took two weeks to get here, multiple signatures, a pants-less person, and a near death experience with a delivery truck? Let’s open it up! 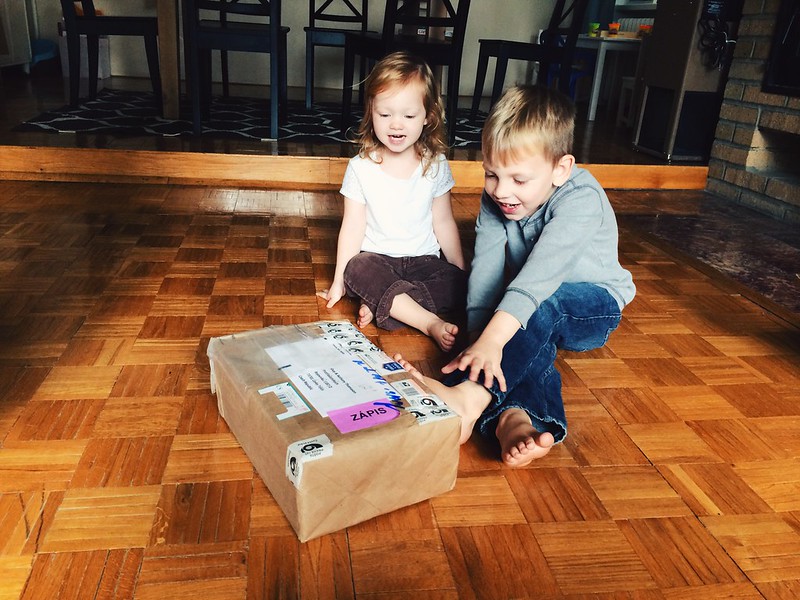 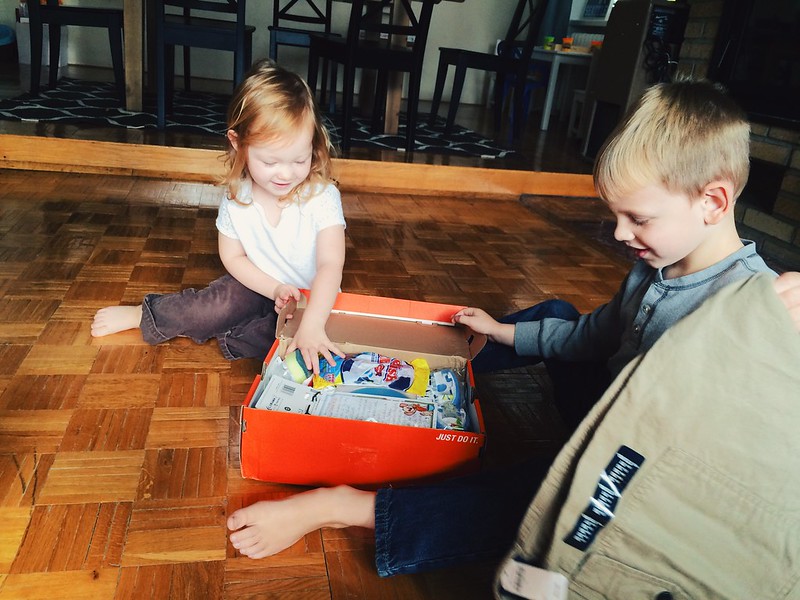 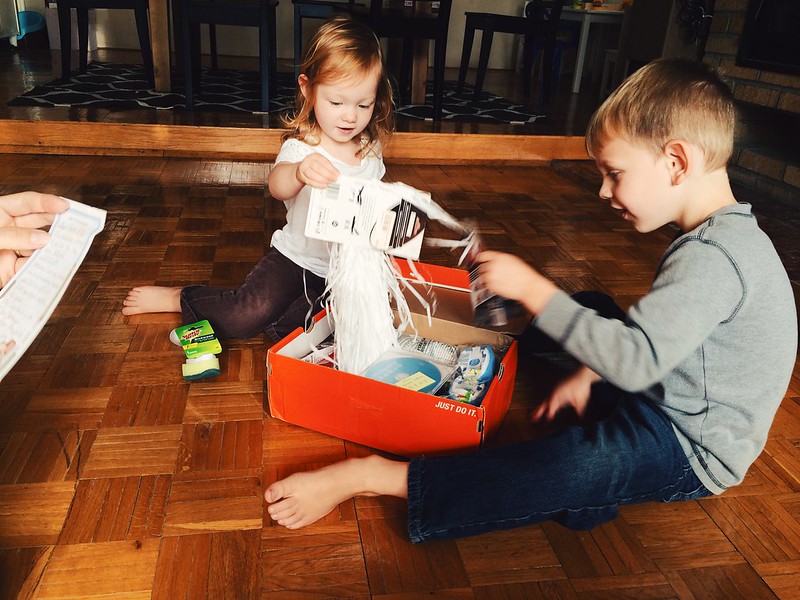 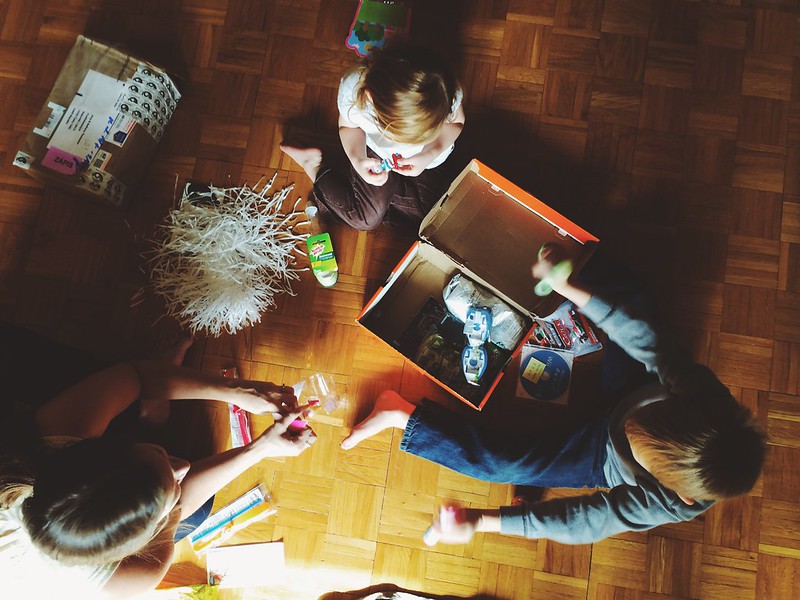 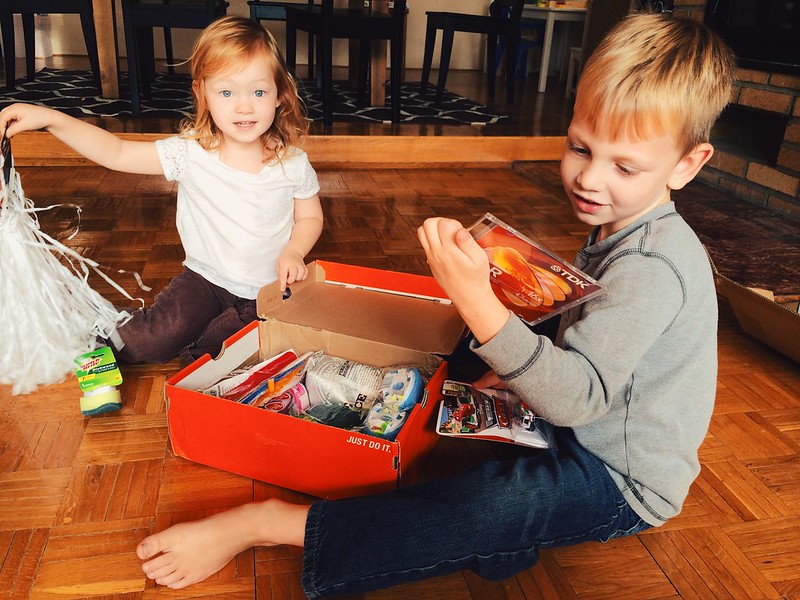 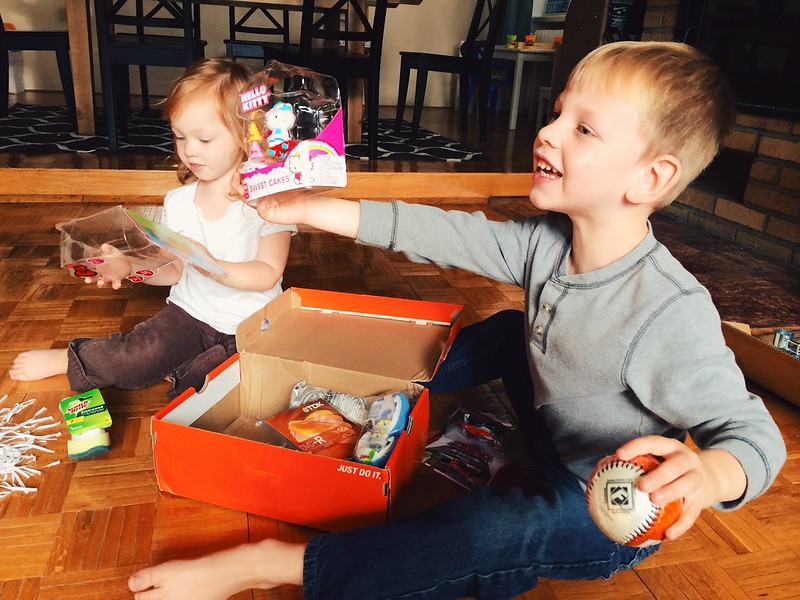 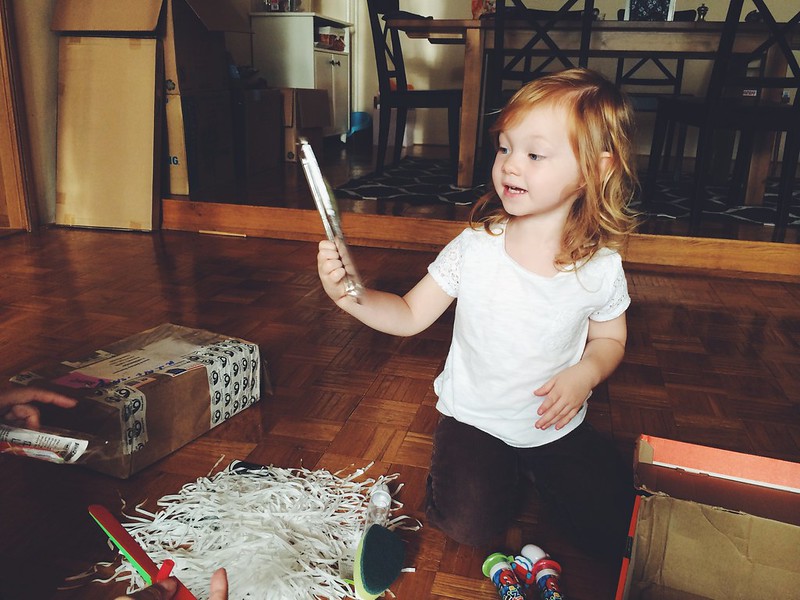 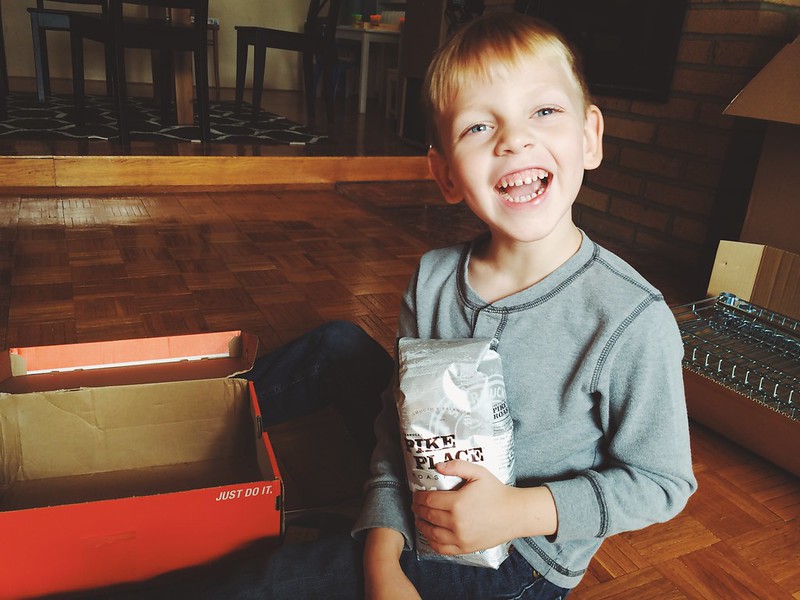 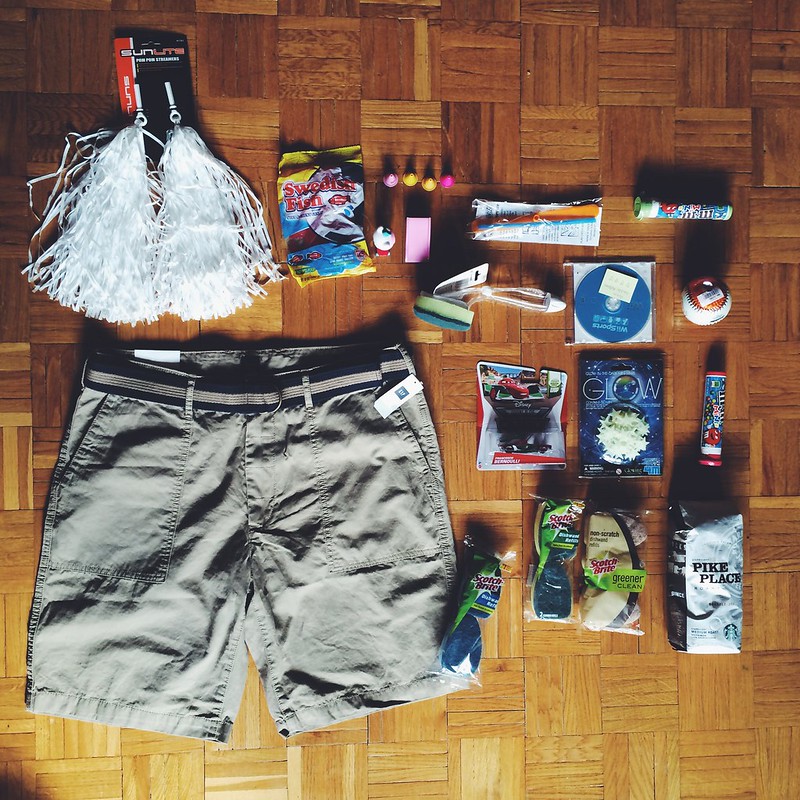 Thank you, Papa and Nana for the wonderful box o’ goodness! I’ll brave the post office experience anytime for a box like this! 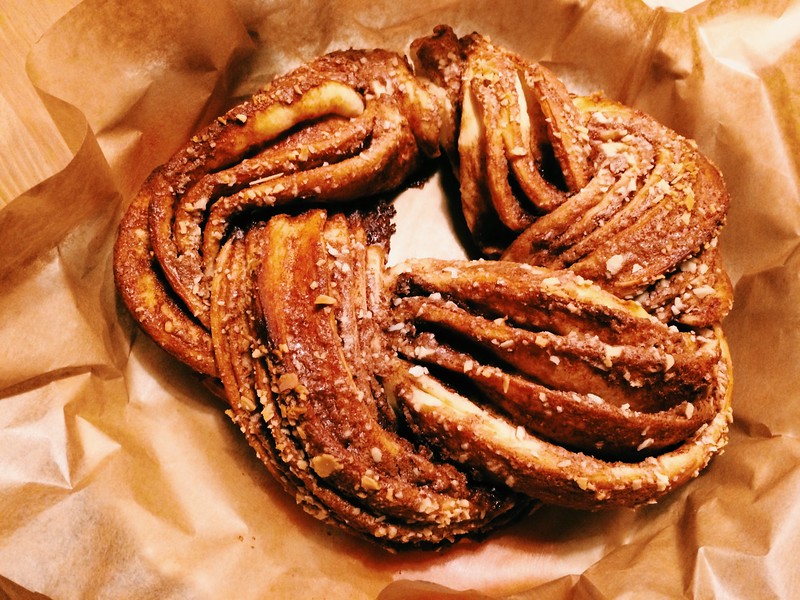 I’m tempted to end this post, but tonight we had our first Czech family over to our place for dinner. They are a young couple from our church and are so nice. Both of them speak great English and are a treat to be around. Romi baked this Estonian pastry dessert that was incredible (photo above). It looks like something you would see in a magazine and all your friends would pin on Pinterest. I had two helpings. It’s tradition to bring some kind of gift or dessert in Czech! So good…so awesome.

I saw a pants-less person and a truck almost hit me, but I managed to pick up a package from the post office: http://t.co/OdxzepRDko