Sleep was a bit minimal last night as the kids were up a few times and I had that weird feeling you get when you’re supposed to wake up early and feel like you might sleep through your alarm. I needed to get up at 5:30am to help Steve and Judy catch their 6:00 train. But during the night I found myself rolling over and checking the time until I finally just got up before the alarm went off. It was cold and wet this morning as I walked over to where they were staying and helped them get their bags on the train and get them settled. I asked the train attendant if I could get on the train and she said it was fine, but the train almost left with me still on it! I ended up running to a closed to, forcing it open and then jumped off. A guy yelled at me in Czech and the train quickly pulled away. Yeah, I’m a rebel.

I’ve been away from the JV office for a few days with Steve and Judy in town, but I was back today and things were busy as expected with spring conference happening next week. There’s been a lot of printer deadlines to try and meet that our team has been working hard on. I’m excited about the stuff we’ve created and how it’s all turning out. Now we’re just hoping it’ll all be printed in time for everyone to enjoy! 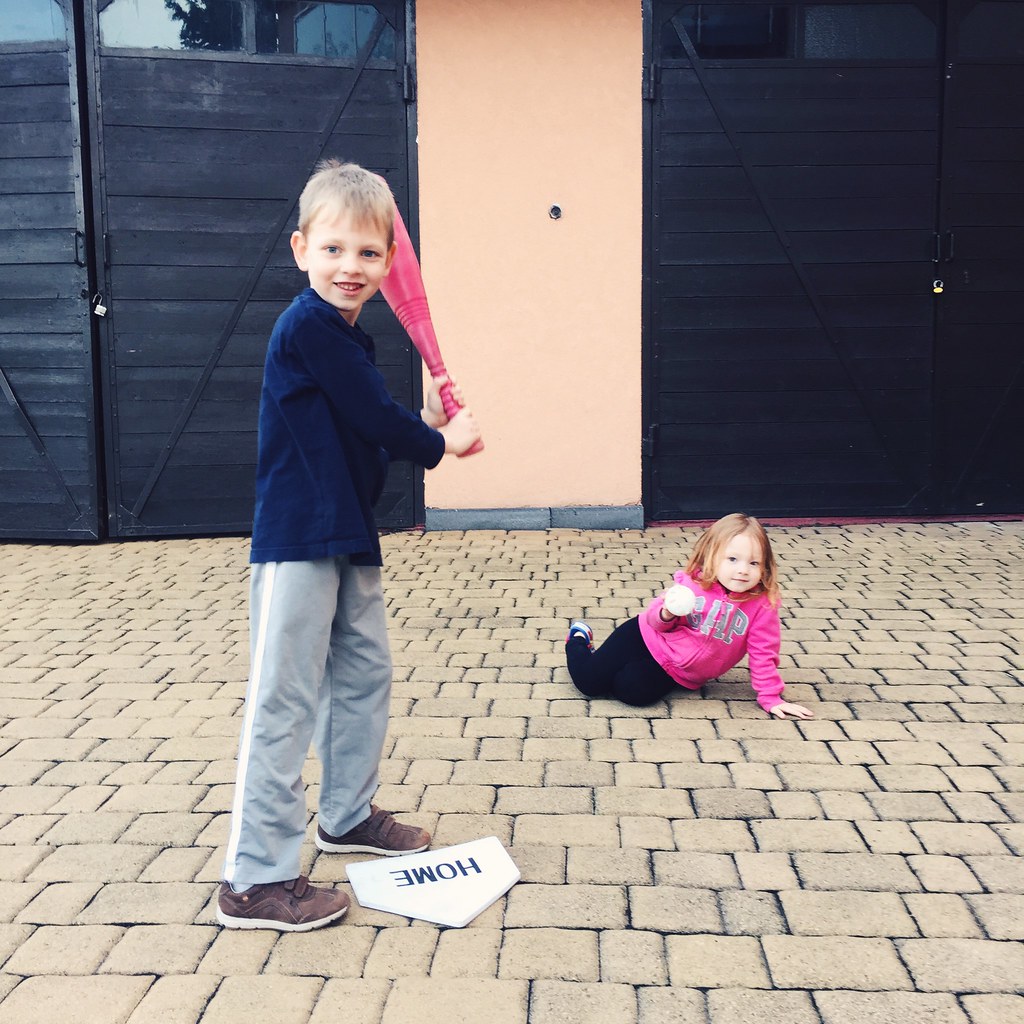 It stayed colder today, but that didn’t keep me and the kids from doing a little backyard baseball tonight while mommy was making dinner. Lately Avery has assumed the role of “Umpire Avery” which I think is a mix of a catcher, umpire, and infielder. I say that because she’ll sit behind the plate like she’s holding a glove (catcher), then when Titus hits the ball she chases him around with another ball (infielder), and when he reaches home plate she always calls him “safe!” (umpire). Yeah, she’s really a utility player which comes in handy when there’s only three of you on the field.