With the busy day yesterday it was hard to wake up this morning to get ready for church. But we were scheduled to share at West Side Church (one of our supporting churches) during both services, so I hit snooze a few times and finally pulled myself out of bed. We had also planned to say a quick goodbye to our friends Blaine and Kelsey from California who had flown in for the wedding. They were at the house around 7:45am and that’s when they told us it had started to snow. We spent a few minutes hanging out with them and said our goodbyes. It’ll most likely be at least another year and a half before we see them again.

The snow didn’t last long (it was too warm to stick), but it was coming down pretty good this morning. By the time we got to church it had subsided. During the second service I took the kids out to get them a snack and it starting snowing again. We walked outside and they were getting really excited so I took a little video (below).

We had another large meal for lunch today with Bethany’s family and the Harpels. It was kind of a time to say goodbye because Bethany’s sister is headed back today towards Seattle and we won’t see them again. There were a couple good football playoff games on so we all enjoyed watching those and even took some photos of Bonnie (Bethany’s sister) and of all our kids. Bonnie is due with their second child in a few weeks so her mother-in-law was hoping for a few shots of her baby bump. I think we got some nice ones of her, but the kids were a much bigger challenge. After a few tries, the moms ended up joining the kids for the photo since we couldn’t get everyone to behave. In the end we got something that will work (I can’t show the photo on the blog because the family hasn’t seen it…sorry!).

For some reason, last night I woke up in the middle of the night with a really bad toothache. Unfortunately, it’s a tooth that was actually damaged when I was a little kid (hit in the face with a baseball), but I haven’t had any issues with it for many years now. Tomorrow we’re going to try and have it checked out at a local dentist in Yakima and hopefully get it resolved, but it’s been painful most of the day and not something I’m excited about dealing with the day before we leave. Lord willing, we can resolve and hopefully it won’t be a huge problem. Please pray for me if you think of it.

There’s other things that happened tonight, but nothing I really feel like writing about tonight. It’s going to be a busy day packing tomorrow and dental work, so I’ll just end this one here. But at dinner tonight I added a little bonus to the chalk walk at the restaurant. Maybe it’s just shameless self promotion (see below)? 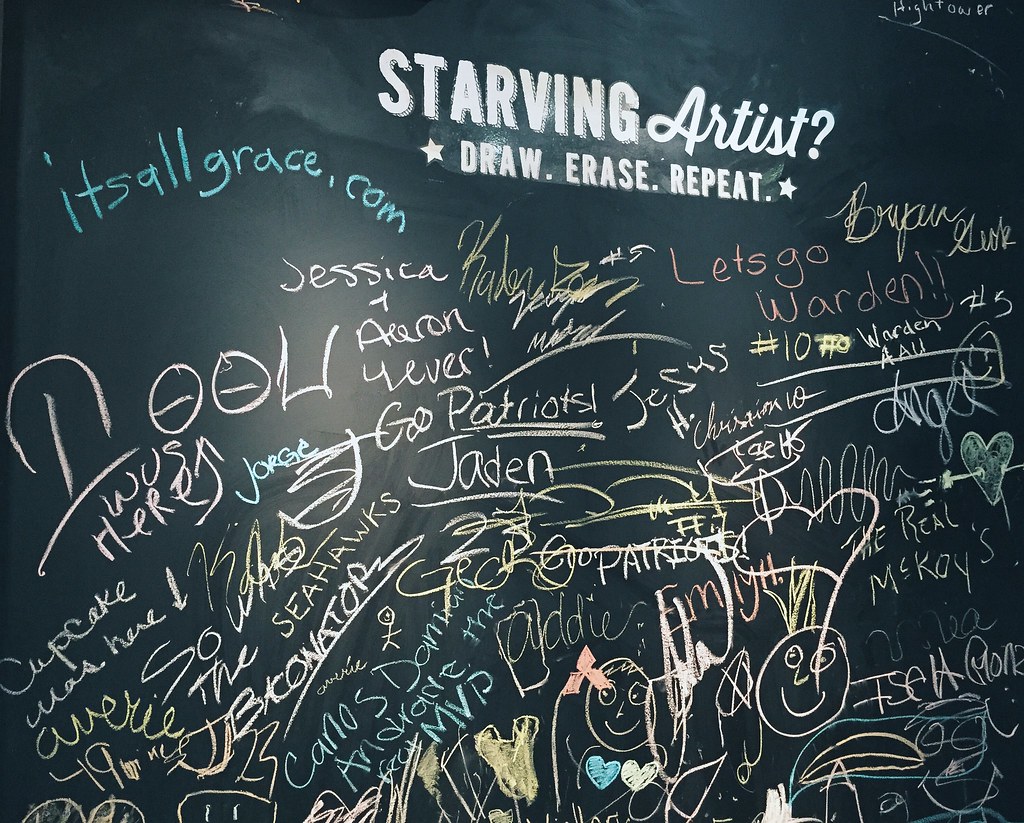 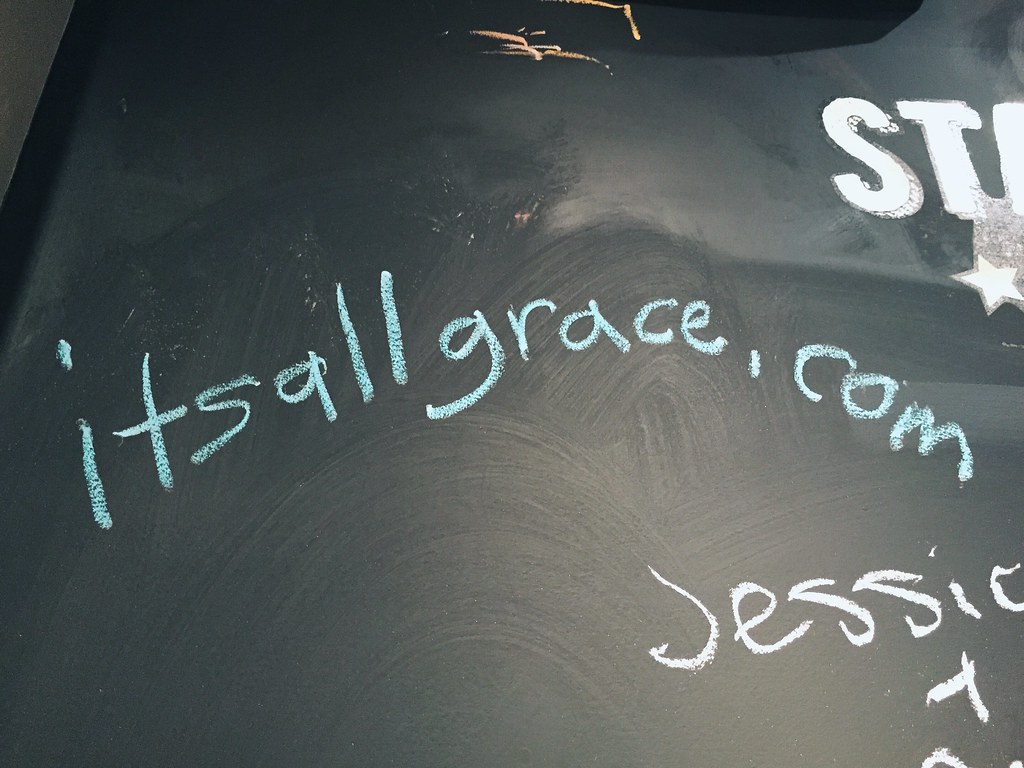