We had a pretty full morning today complete with Czech lessons and a trip over to the bank to sign what must have been at least a dozen documents. Our lessons went really well, but it’s a constant reminder that we need to study our notes daily and just keep up on our Czech vocabulary. It’s not any easy language and I feel like even though were just scratching the surface I’m starting to feel fatigue.

Tonight Zach and Kara invited us over for dinner at their house in Havířov which is about 20 minutes from our place. I’ve known Zach since the 4th grade and his family is near and dear to my heart. Zach and Kara have been here full-time in Czech for almost 2 years now, but Kara has been living in Czech much longer and Zach has served on many other short-term trips. We had a great time seeing their place for the first time and just catching up. They served us an “American dinner” (cheeseburgers!), complete with real American cheese. After being here for a month I can tell you that American cheese is not easy to find! 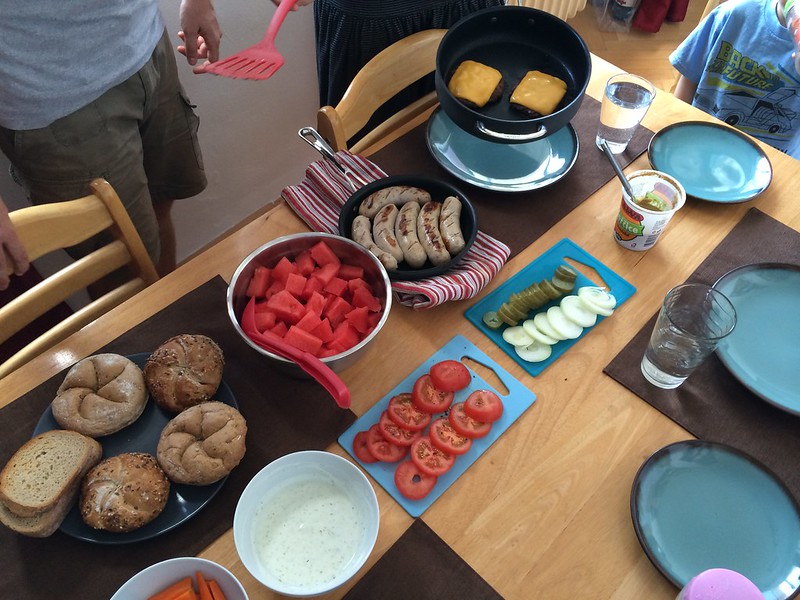 After dinner we took a walk down to a nearby park (just like we did yesterday). It’s seems to be a normal and fun thing to do after dinner, especially since it’s usually a little cooler outside than inside. Unfortunately the mosquitos were out in droves and that cut our time a little short, but that didn’t stop the kids from checking out yet another amazing park. 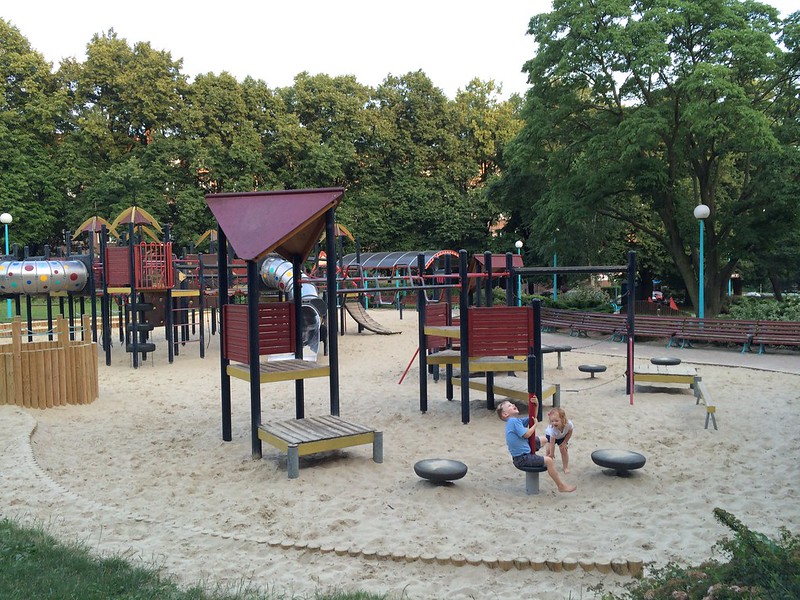 While we were outside we stopped in a town square type area near Zach and Kara’s place. They saw some young people that they knew so we met and talked with them for a bit. But in that square is a large metal arrow shaped thing above a fountain that swings. I just thought it was an art piece and a fountain, but Kara told us that there used to be a statue of Vladimir Lenin in that square and it was replaced with this crazy arrow thing. 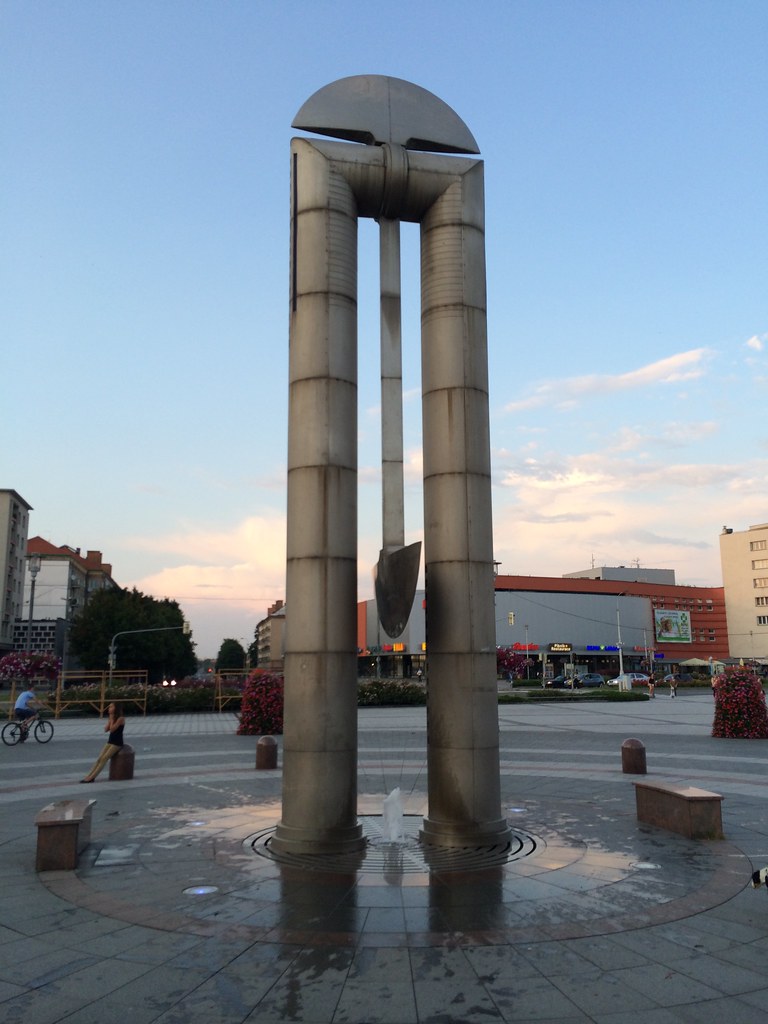 We stayed a little later than we should have because the kids needed to get to bed, but we were having a great time just hanging and laughing together. I think we left a little after 10pm, but Avery was still trying to keep the party going. Here she is with a kazoo and a shaker. I honestly have no idea what’s going on in this photo, but I think it’s awesome that my daughter loves music. 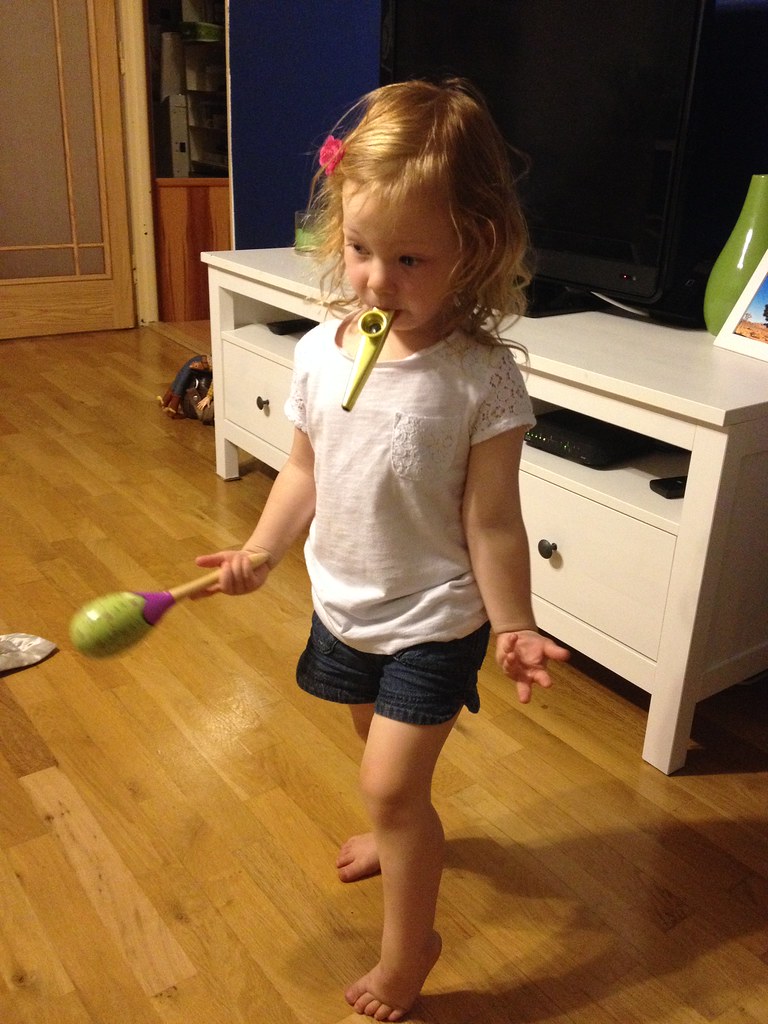 Thanks Zegan family for having us over tonight! It was really fun seeing you and I’m sure we’ll be able to do it again soon. 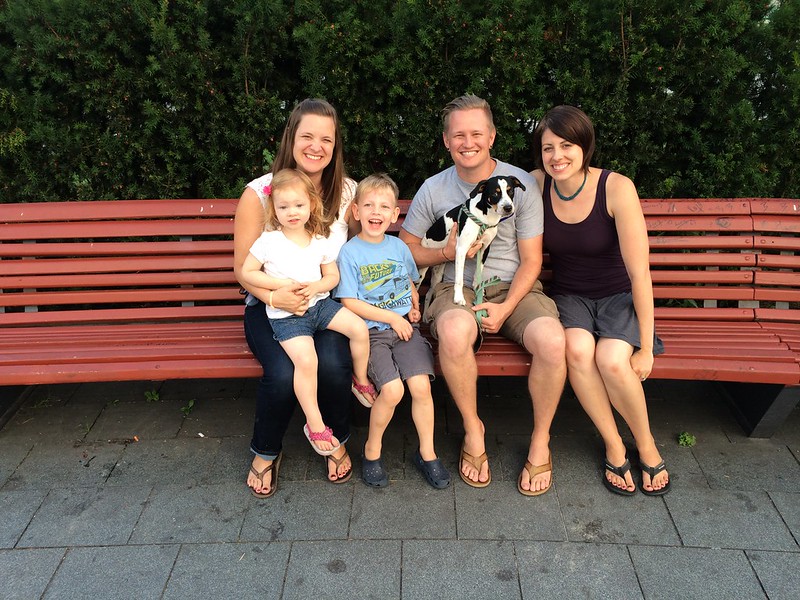 2 replies on “Hanging With Zach and Kara”

Great time tonight with Zach and Kara. Super great we get to live so close to them http://t.co/baDp3qMex4 (cc: @dizmas)

YOU GUYS!! It blesses and rejoices my heart that you get to encourage each other!! The Gardners are praying for The Zegans and The Thomasons…so thankful to watch God use You ALL!!